Leung Lim Kin, Simon Dr. Leung joined Net Dragon in March 2015 and has had over 30 years of experience in both the information technology and telecommunications industries. He is responsible for the planning, consolidation and operation of the education business of the Company in China and the development of the online education business overseas. Read More

Jim Czulewicz Mr. Czulewicz, a veteran of the gaming and children’s market, joined JumpStart in 2007 and became President and CEO in January 2019. He has grown the company’s product portfolio, including launching the hit game School of Dragons and acquiring the megabrand brand Neopets. In addition, he expanded JumpStart into schools, merchandise, TV and other ancillary businesses. Read More

Terry Vander Ploeg With over 25 years of financial management experience, Terry joined JumpStart in the summer of 2017 to assist in the transition and operational activities post the acquisition of the company by NetDragon Websoft. As CFO, he is responsible for all finance functions, including accounting, financial planning, tax, treasury and the administration of human resources. Read More

Robert Bailey Robert joined JumpStart, then Davidson & Associates, after graduating from the University of Southern California in 1995 with a bachelor’s degree in computer engineering and computer science. Over the past 20+ years he has developed over fifty titles including JumpStart, Math Blaster, Reading Blaster, Barbie, Dr. Brain, School of Dragons, and many more. From the days of floppy disks and CD-ROMs to today’s world of phones and tablets, he has seen massive technology changes in the gaming industry. Read More

Through our many years in this industry, we have shifted, evolved, and grown with the many changes in technology and education space. One thing that has never wavered is our attention to our devoted community. We are incredibly lucky to have such passion for our products and we do everything we can to nurture that internally and externally. 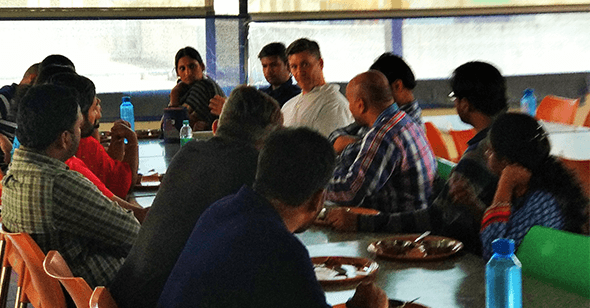 We value our employees here at JumpStart who care so much to see these products succeed and have dedicated so much personal investment into it all. We pride ourselves on hiring those who add to the company culture as we continue to foster that internally. From our own Office Olympics, to themed holiday parties and movie lunches, we keep a work hard / play hard mentality. Being the front-runner in the kids eLearning industry means providing quality products and not being afraid of adapting. Every day throws a new change whether in technology, trends, education, market place, capabilities, and more, we have a great team that is able to absorb it all and push out better products. There are so many things to see and do on Jumpstart that we have only scratched the surface after a month of exploring it. There is not a day that goes by that our son does not ask to play. It has been not only a good tool for him to learn how to use the computer, but has been a big help turning learning into fun.

The JumpStart brand has received over 300 awards. Here are just a few! This guide is a collection of mobile apps and websites that demonstrate a high level of educational content. 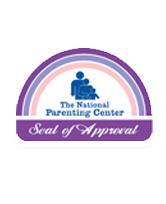