Vice Chairman of the Board, Executive Director, Chairman and CEO of Elernity

Dr. Leung joined Net Dragon in March 2015 and has had over 30 years of experience in both the information technology and telecommunications industries. He is responsible for the planning, consolidation and operation of the education business of the Company in China and the development of the online education business overseas.

Dr. Leung was appointed president of Motorola Asia-Pacific in 2005, a company principally engaged in the production of data communication and telecommunication equipment, where he was responsible for the overall strategic planning and implementation in the Asia-Pacific region. In 2008, Dr. Leung was the chief executive officer of Microsoft Greater China region, a company principally engaged in the development, manufacturing, licensing and sales of software products. As Microsoft Greater China’s CEO, he was primarily responsible for overseeing overall business operations and for developing and implementing regional strategies.

Before joining the Company, Dr. Leung also held management roles at various educational institutions and corporations focused on education. From 2009 to 2010, he was the governor of the Upper Canada College, where he was primarily responsible for establishing and directing policy for the college and overseeing its financial affairs. In 2012, Dr. Leung was the chief executive officer of Harrow International Management Services Limited, a company principally engaged in the management of Harrow International Schools. There, he was responsible for the development of new schools and education services in Asia.

Dr. Leung currently serves as a member of the Ivey Asia Advisory Board of the Richard Ivey School at Business of the University of Western Ontario, where he is principally responsible for advising the school on its mission strategy in Asia. As a governor of Tung Wah College, he is predominantly responsible for determining key governance issues. Since 2010, Dr. Leung has been a member of the International Advisory Committee of the Hong Kong Polytechnic University. He has been appointed as a member of the Steering Committee on Innovation and Technology of HKSAR. Mr. Leung is also an independent non-executive director of Purapharm Corporation Limited (Stock Code: 1498), which is listed on the Main Board of the Stock Exchange of Hong Kong Limited.

Dr. Leung received his Bachelor of Arts degree and an honorary doctorate in laws from the University of Western Ontario, Canada in 1978 and 2005 respectively. In 2007, he was awarded a doctorate in business administration from Hong Kong Polytechnic University. 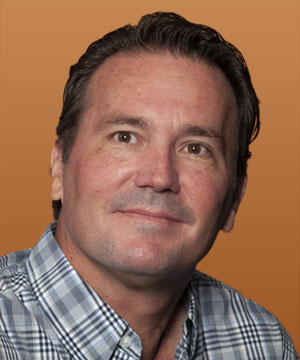 Mr. Czulewicz, a veteran of the gaming and children’s market, joined JumpStart in 2007 and became President and CEO in January 2019. He has grown the company’s product portfolio, including launching the hit game School of Dragons and acquiring the megabrand brand Neopets. In addition, he expanded JumpStart into schools, merchandise, TV and other ancillary businesses.

Prior to joining JumpStart, Mr. Czulewicz served as VP Financial Planning and Analysis with Riverdeep, Inc. where he was responsible for the revenue and expense management of all departments within one of the largest educational publishers in the world. During his tenure at Riverdeep, he also served as a member of the product and operational committees as they integrated the assets of The Learning Company, Broderbund and Mindscape into one organization building out reporting, operations, strategic relationships and distribution services for the consumer and school divisions.

Before Riverdeep, Mr. Czulewicz held various senior level sales, merchandising and sales management positions within the gaming and educational software markets. At Mattel, Inc., Mr. Czulewicz managed a growing merchandising and sales team responsible for the continued growth and distribution of various PC software brands including Barbie, Hotwheels, Reader Rabbit, Print Shop, PrintMaster, etc. Prior to Mattel, Mr. Czulewicz served as VP Merchandising/Sales for Broderbund, Inc. with responsibilities for the sales and distribution of a growing line of PC games and consumer software.

Terry Vander PloegWith over 25 years of financial management experience, Terry joined JumpStart in the summer of 2017 to assist in the transition and operational activities post the acquisition of the company by NetDragon Websoft. As CFO, he is responsible for all finance functions, including accounting, financial planning, tax, treasury and the administration of human resources.

Prior to joining the team, he served in both the telecom hardware and healthcare software technology sectors, while owning multiple businesses in the retail and healthcare industries. He brings years of experience from positions as Corporate Controller and BOD member of Motorola’s multi-billion-dollar business in Japan. During his time there, he also held the role of Sector Controller for their Connected Home operation in Horsham, PA.

He received his accounting degree from Northern Arizona University and his CPA certificates in California and Arizona.

Robert joined JumpStart, then Davidson & Associates, after graduating from the University of Southern California in 1995 with a bachelor’s degree in computer engineering and computer science. Over the past 20+ years he has developed over fifty titles including JumpStart, Math Blaster, Reading Blaster, Barbie, Dr. Brain, School of Dragons, and many more. From the days of floppy disks and CD-ROMs to today’s world of phones and tablets, he has seen massive technology changes in the gaming industry.

In his current role Robert is responsible for managing all development of the JumpStart brand. He leads a team of over twenty five developers both in the US and India. He works with producers, artists, and designers on all aspects of game development. Using his extensive knowledge of the JumpStart platform he guides the team thru design, implementation, and release of every game. His goal is to make sure the JumpStart brand produces high quality, entertaining games for people of all ages.